This next president is going to inherit the most sophisticated and persistent cyber espionage cultures the world has ever seen, He needs to surround himself with experts that can expedite the allocation of potent layers of next generation defenses around our targeted critical infrastructure silos 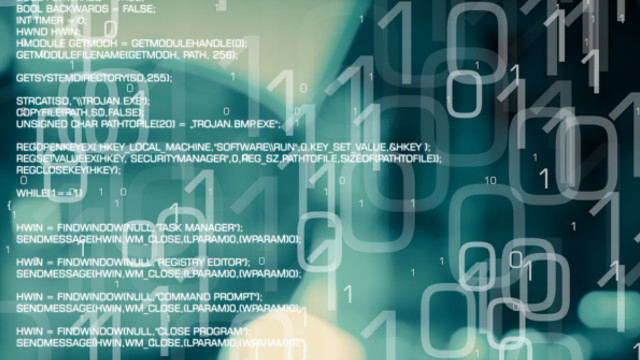 President Donald Trump eliminated the job of the nation’s cyber-security czar. Democratic lawmakers immediately introduced legislation to restore it. Why?

To note, this White House position was created in 2009, under the Barack Obama Administration, by the State Department’s coordinator Chris Painter. It echoes the same demonstrative spirit the Department of Homeland Security had when set up illegitimately by the George W Bush administration after the 9/11 tragedy, ponder that if you will.

President Trump signed an executive order rearranging the federal information technology infrastructure that includes no mention of the White House cyber-security coordinator or of a replacement for Rob Joyce, who said last month that he is leaving the position to return to the National Security Agency, where he previously directed cyber defense programs.

There has been much controversy regarding the “National Insecurity” issues of our country during the past three former administrations. The very climate and culture that the deep state systemically and methodically entrenched itself and grew under an unconstitutional value system, void of rule of law, and as we have witnessed to date, a colorful and criminal cast of alleged bad actors under fire, some with indictments mounted against them.

Some would question the Presidents decision to eliminate the top White House cyber policy role is outrageous, especially given that we’re facing more hostile threats from foreign adversaries than ever before.

These are the players we know about, yet what about the compartmentalized Computing Technology Industry Association, a nonprofit trade group of operations in more than 120 countries who also asked President Trump to reconsider.

Threatens To Sue 'Everyone' Over Investigations...
19 February 2020

Love him or hate him, and avowed socialist Bernie Sanders does evoke extremes in feeling, but even c [...]

A big event that has to do with getting the Word of God to more people is planned for tomorrow night [...]

A veteran journalist has said he backs fast-rising Democratic candidate Michael Bloomberg, and a med [...]

Target says it has no tolerance for someone violating another's privacy in one of its bathrooms [...]

A group of Southern Baptist pastors, leaders, and lay people concerned with their denomination' [...]

A watchdog organization that has been uncovering Washington, D.C.’s misdeeds for years says the Amer [...]

Two more instances of violence against conservatives made the news in the past couple of weeks. Acco [...]

Liberal lawmakers in Colorado are making sure abortion remains unlimited. [...]

Dems have more than just a 'Bernie' problem
17 February 2020

A longtime political analyst says Democrats have created a conundrum: Bernie Sanders must be denied [...]

A watchdog organization wants to know what the FBI knows about the unsolved 2016 murder of a DNC off [...]

MSNBC Host Gets Huge Surprise When She Asks Voter Who He Voted For Outside Bernie Rally
12 February 2020 - Alicia F. Luke

The following article, MSNBC Host Gets Huge Surprise When She Asks Voter Who He Voted For Outside Be [...]

Mississippi is facing some of the worst flooding in 37 years as floodwaters have drenched the state [...]

Jonathan Fleming was convicted and sent to prison in 1989 for a murder he did not commit. Thanks to [...]

President Donald Trump arrived at the Daytona 500 on Sunday afternoon to welcome fans and serve as g [...]

As we celebrate Presidents Day, it's important to remember the first five commanders-in-chief w [...]

Some state taxpayers could be forced to give money to Planned Parenthood after President Donald Trum [...]

Billionaire and Democratic presidential candidate Michael Bloomberg said in a 2011 video that elderl [...]

Two of the hosts of The View have now admitted that they don’t care what comes out against 2020 Demo [...]

A grieving mother has relived the harrowing moment she went into hospital for an abortion but instea [...]

(Evangelical Focus) -- At least 24 people were killed, including a church pastor, by unidentified gu [...]

Kenya (Mission Network News) — Kenya is largely Christian, but many believers don’t have access to B [...]

LINCOLN, UK -- A high court in England has ruled that Humberside Police overstepped their boundaries [...]