During that meeting, Putin laid out the inner workings of the vast global network of “elites” and the activities they have engaged in to bring wars, refugees, as well as all manner of social and political chaos to countries around the world… 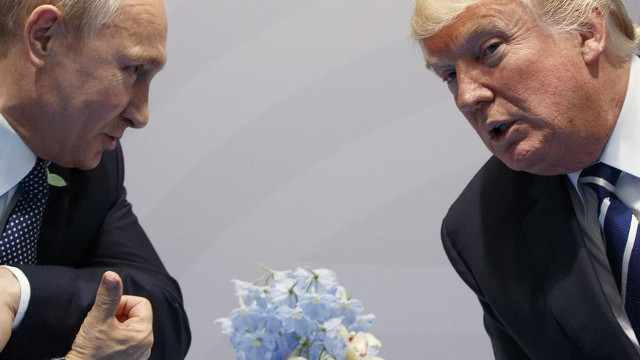 A very significant number of employees/officials inside the US State Department have coordinated activities the likes of which will make the American people recoil in horror.

The level of criminal conspiracy is so enormous, and the global scale and reach of these efforts is so gigantic, it boggles the mind.

Bankers and Titans of Industry are highly involved in this coup, as well as Union bosses who figure prominently in the intercepts.

America is awakening radically on a daily bases from Ostrich Syndrome, as the enemies from within have created their own doomsday, and undeniable destructive force of a domino implosion. THE JIG IS UP!

These “elite” in name only, as there is no moral fiber to their characters or souls, have phoned, faxed, and emailed themselves right into prison, GITMO and Leavenworth stand ready … just wait till the American people witness the emerging facts of the tsunami level of corruption that’s transpired through the decades in order to ambush Americans as well as our current President.

American patriots have been seeing signs for years regarding the obtuse agendas of left and shadow political-military government.

Swamp creatures fill the arenas of each and every compartment of our red, white and blue culture, this well thought out plan was put in the works many years ago, the enemies from within believed they would never get caught as they had to many foxes guarding all the hen houses as they weaponized our security, intelligence and all we deem as sacred. Who would want to believe that these government workers who were suppose to be upholding the law and working for “we the people” would become apart of the treason, tyranny and sedition? These people took oaths of offices and to God to serve and protect.

They are nothing but contradictions in suits and uniforms and be sure that when all is revealed in the weeks and months to follow, the masses of the betrayed American population who still hide their heads in the sand will come out looking for justice and accountability just as the patriots have been saying all along.

It's not just Democrat-led states that lead in rioting and COVID deaths. Check out the jobs num [...]

Is China Now In Control of Our Flow of Information?
23 October 2020

Pretty amazing how much China's name turns up whenever there is some kind of Big Tech censorshi [...]

Radical Muslims of the ISIS variety all but venerate the Battle of Sagrajas. [...]

I've been on the receiving end of a number of combative remarks about President Trump the last [...]

With this upcoming election, we are, as they say in the cryptocurrency world, at a “hard fork.”  [...]

Then to Now: The Shift of American Foreign Policy, and Where Trump Stands
23 October 2020

The current president is returning the USA to its non-interventionist roots. [...]

Can enough ordinary voters see through the hype, smog, and distortions to make a pragmatic choice th [...]

It's okay for President Trump to mention it, but there's something more important he needs [...]

If black voices are absent or underrepresented in the media, it is hard to tell by looking at every [...]

Our personal, and national, inherent demand for justice must be met, and if it is not, our society i [...]

Letter: You have been warned about flirting with Chi-Com spies
23 October 2020

Universities and colleges across the nation have been warned for months about China’s communist spie [...]

If anyone is undecided about the winner of the final presidential debate, held Thursday night at Bel [...]

Pray and fast for America … and be serious about it: Graham
23 October 2020

Evangelist Franklin Graham is calling America to prayer and fasting this Sunday as Election Day draw [...]

After setting up coronavirus field hospitals earlier this year in Italy and New York City, Samaritan [...]

An expert on economic policy and entitlement programs admits she's a fan of pilot programs at t [...]

Family Research Council is fighting back weeks after a tech company dropped a contract with the cons [...]

Media watchdogs and pro-life groups are taking some of the hi-tech giants to task for corporate poli [...]

Miss. governor criticized for new round of restrictions
22 October 2020

Breaking from the Catholic Church's long-held doctrine about marriage, Pope Francis is calling [...]

An attorney for those who educate at home says number of Rhode Island homeschooling families knew so [...]

For those who support protecting unborn children in the womb, the question for some is just how pro- [...]

The following article, Mike Tyson Looks Like He’s Drunk in British Interview, was first published on [...]

The following article, ‘Sleepy’ Joe Had A Number Of “Senior Moments” Yesterday, was first published [...]

The following article, Woke ESPN to Lay Off Hundreds After Years of Crashing Ratings and Lost Subscr [...]

The following article, Man Gets 13 Stitches After Tearing Down Trump Sign Rigged with Razor Blades, [...]

Putin: Democrats Insulting Trump ‘Enhances Our Prestige,’ Plays ‘Into Our Hands’; Trump’s Been Hard On Us
11 October 2020 - Alicia Luke

President Trump: “Everyone Should Get The Treatment I Got”
8 October 2020 - Alicia Luke

The following article, President Trump: “Everyone Should Get The Treatment I Got”, was first publish [...]

President Donald Trump has developed a long list of accomplishments for life since he was elected to [...]

Trump Slams Biden on Coronavirus Lockdowns: “We Can’t Lock Ourselves in a Basement Like Joe Does”
23 October 2020 - Cortney O'Brien

President Trump and Joe Biden, were physically further apart than any presidential nominees have eve [...]

President Donald Trump won last night’s debate, according to a Twitter poll with over 100,000 people [...]

A research paper recently published in the Journal of Anatomy claims that humans are evolving at a f [...]

‘Nothing Short of God Himself’: Pastor Credits the Lord for Saving His Life in Battle With COVID-19
22 October 2020 - Heather Clark

KNOXVILLE, Tenn. -- A pastor in Tennessee with pre-existing medical conditions is crediting the Lord [...]

CHARLOTTE, N.C. -- Hester Ford, the oldest living American, is not ashamed to cite her faith when sp [...]

(Christian Aid Mission) -- In the midst of the COVID-19 pandemic, highway patrolmen at a checkpoint [...]

Jerusha Duford, granddaughter of the late Billy Graham, says that she will be voting for Democratic [...]

Woman With Down Syndrome Challenges UK Abortion Law: ‘It Makes Me Feel Like I Shouldn’t Exist’
21 October 2020 - The Christian Institute

﻿ (The Christian Institute) -- A woman with Down syndrome has been given permission to challenge the [...]