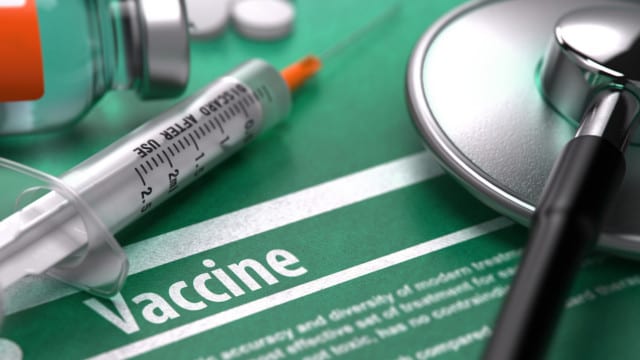 By Susan Price, Gold Star Mother & Analyst
[originally published on americaoutloud.com on May 16, 2019]

Seriously, what’s going on in America today when the liberal state of Oregon sets the stage for Dentists to vaccinate patients in their offices?

Fact is “Oregon has the highest rate of unvaccinated kindergartners in the country, with at least 7.5% of toddlers claiming an exemption.
In some schools, more than 40% of children are unvaccinated through the state’s lax exemption process.

The state is one of 17 to allow families to opt out of required school vaccinations for personal, philosophical or religious reasons.”

Unless you are one of those Americans who have been living under a rock, the past few years have been a deep illumination of emerging truths combined with whistleblowers on the effects of vaccinations containing the toxic metals and dangerous ingredients such as fetal tissue, mercury, glyphosates and other harmful and unconscionable additives they inject into your most precious children and family members, even your pets for that matter.

The vaccine industry has become weaponized, corrupted by Big Pharma and corporations of a globalized agenda focused on eugenics and population control.

Those at the top level know their products are unsafe, yet, diabolical forces are orchestrating their agenda with a false sense of security and dishonest narratives so they can meet their quotas, trying their best to market vaccinations by trusted physicians such as the local dentists.

For the record, there has been a MASSIVE DECLINE in vaccinations as Americans are waking up to the increased rate of deaths to infants and small children as well as increased Autism cases.

Question, Does blanket liability cover vaccinating dentists and how many hours of training will Oregon dentists receive in managing seizures, anaphylaxis, brain swelling, and autism… brought on as a consequence of vaccination?

“Dentists have now become Vaccinators via a Bill that was signed by Oregon Governor Kate Brown. House Bill 2220, passed Oregon’s House of Representatives on March 28, 2019, and the Senate on April 25, 2019, making it possible of Dentists to administer vaccines, these include, annual Flu shots, HPV, MMR, all while getting their dental checkups.

The HB 2220 requires dentists to take a continuing education training course on vaccination and comply with state vaccine storage and reporting regulations in order to be certified to become a vaccinator. Protocols and training rules will be developed by the Oregon Board of Dentistry, Oregon Health & Sciences University (OHSU) and the Oregon Dental Association (ODA) ”

There is a snag in the implementation of this protocol because vaccinating Dentists will have the added duty of the vaccine history of their patient which means they will have to communicate with the primary health care provider, all to be decided by the Board of Dentistry Director, which are believed to be put in place by Jan 1, 2020. Seriously, don’t Dentists have enough job duties to take care of in their own profession without worrying about America’s immunization records?

The signing of the HB 2220 Bill, leaves Oregon becoming the very first state in the U.S. to authorize Dentists to vaccinate patients of any age, especially young children, with various types of vaccines, sounds like the politicians behind this bill are hoping for the domino effect of it spreading to the other 49 states.

To those who are unaware, this is like signing a death warrant as it’s a globalized conspiracy against our children.