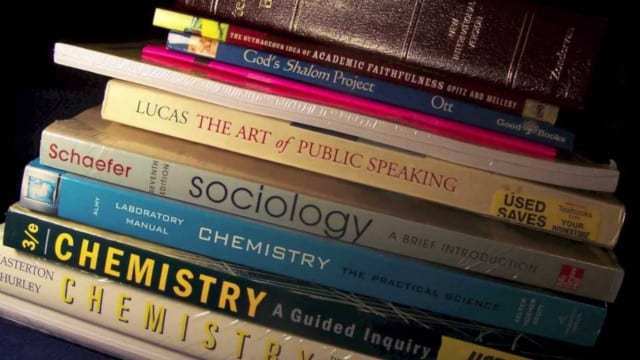 As Americans, we want a better quality of lifestyle for our children, believing “Knowledge is Power” one would assume a college education would far exceed that of a traditional trade school…?!

Well guess again! We’ve been sending our children to these top colleges to have lobotomy’s performed on them as liberal educators have taken this way too far. They are indoctrinating the thoughts and minds of America’s future leaders, the dumbing down of America’s children, year after year, decade after decade.

Liberal Progressivism is the disease and College Professors are the tools to weaponizing the mindsets of our college students.

There’s a debate regarding the radicalization time frame suggesting it started in the 1960’s when thousands of Muslim students starting migrating to the United States, filling college campuses across America, yet actually, the take over of our American University’s took place after 1860, as there were no graduate schools in the United States, those privileged would venture off to Europe, to the academic Universities to earn a PH.D.

The most prestigious were the German Universities, filled with secular liberalism and radical enlightenment thought, they had a two hundred year head start of imbedded liberalism with the likes of Darwin, Marx, Rousseau, Hegel, Spinoza, D.F. Strauss, Comte, Spencer, and other radicals who believed that in order to be fully educated–it meant to become revolutionized as liberal.

These fresh graduate Professors and Educators became the first generation of liberal indoctrinators to teach at American Universities as well as their spawn, so there was no taking over existing graduate programs–through time, these Americans who were indoctrinated at European Universities became the first faculty of ALL our American graduate programs, they were the intellectual elite, and they redefined what it meant to be educated with very little resistance.

Today, liberal Universities don’t place themselves as the bridge to higher education but rather as a name sake of a brick and mortar dwelling to promote multiculturalism over Americanism.

Reinforcing these foreign concepts with a positive bias, seldom if at all do these educators discuss the negative side of facts as they ingrain the thought seeds into the fresh minds infecting and affecting America’s children on all levels of their senses, while reserving apathy as their last defensive tactic of the indoctrination process.

These educators are destroying our children as Americans. They’re turning them into intellectual zombies embracing communism, while castrating American values and traditions. The definition of indoctrination is to teach a person or group to accept a set of beliefs uncritically.

Progressives always knew the schools and colleges were a breeding ground to grow fresh minds to their liberal ways of thinking, trying to take God out of the equation with a push towards communism where they want the young to believe that the government should support it’s people.

Our college students are literally being systematically trained to be socialists, and it is working. According to a brand new Harris Poll that was just released, 37.2 percent of all Americans “prefer living in a socialist country”. But for millennials and Generation Z combined, that figure is 49.6 percent.

That means that essentially half of our young adults want to be socialists, and that has enormous implications for the future of our society.

“Freedom is never more than one generation away from extinction. We didn’t pass it to our children in the bloodstream. It must be fought for, protected and handed on for them to do the same, or one day we will spend our sunset years telling our children and our children’s children what it was once like in the United States where men were free.”