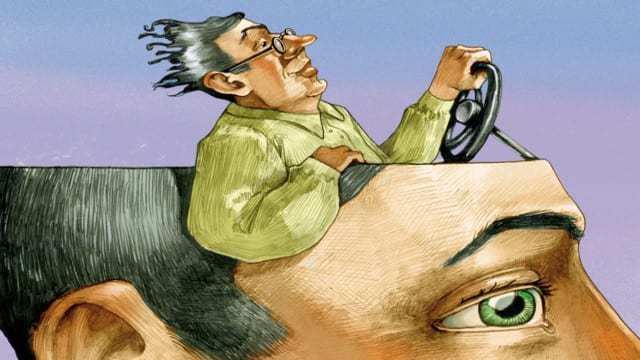 Welcome to the 21st Century, and the everyday laboratory of Dr. Frankenstein’s Mind Control and the Patent #6506148 B2 where by we can be controlled through the abuse of energy frequencies, who ever thought that humans, animals and plants would be assaulted on a daily basis by electromagnetic waves.

Like scenes from the archives of the Twilight Zone and Night Gallery, life imitates art as the weaponization and manipulation of our nervous systems take place through the invisible veil via Televisions, Cell Phones, Computer Monitors, Smart Homes, Smart Cars, Smart Cities, Appliances and electronic, devices. Just watch people during social events where everyone needs to monitor their phones, it’s a compulsion most have no idea they are being manipulated through their minds and bodies, all in the name of the latest greatest Technology for the purpose of Control.

The patent is named “Nervous System Manipulation By Electromagnetic Fields From Monitors” and (filed in 2001) it was published in 2003.

“If patent number US 6506148 B2 says that the nervous system can be manipulated by electromagnetic fields from monitors, need we not tell you that your mind is being Manipulated with Monitors?”

Mind control of others has always been a desire for those that have lost their own minds!

“The subject of mind control has been keenly contested for some time now. Mind or thought control is broadly defined as human subjects being indoctrinated in a way that causes an impairment of autonomy – the inability to think independently, and a disruption of beliefs and affiliations.”

Sadly, electronics have become apart of the human appendage, robbing us physically, mentally and socially, and do you notice the emotional responses of young kids today with their compulsion and addiction to be in front of those monitoring devices, no wonder our young have become depleted of social skills.

We’re being manipulated through words, images and sound – They’re using frequencies to mess with your mind and use it against your free will. This is not a conspiracy theory, it’s real and been patented by the US Government. Is there any wonder that corporations such as IBM, Samsung, and hundreds of others are apart of this global matrix of secret technologies all being used against the masses on a daily basis.

This is how “fake news” gained it’s power, through the marriage of media and electronic psychological warfare, the agenda is forwarded and aimed at the masses to program their hearts and minds through these propaganda tools, bombarding them with hate filled messages and one-sided ideas, its quite easy to see how there is a crisis in communication causing a national divide in America and globally for that matter.

So many people cannot think for themselves and they forget that they can, they are either too lazy or unable to investigate the root causes of any issue – they spend many hours echoing in gossip without a notion of even why, yet this is apart of the agenda of mind control.

So where does the root of mind control come from? Who invented it?

Do you like the prospect of being taxed for money you never had? [...]

New evidence shows that the Biden administration has been longing to make that case for some time no [...]

For 279 days, Democrats have deliberately sought to overwhelm America with illegal aliens from cultu [...]

It’s a fatal error to believe that evil can be satisfied.  It needs to cram more and more down its m [...]

When it comes to transgenderism, our medical establishment ignores all the rules it normally applies [...]

It’s also made political decisions that exacerbated COVID but that, in the long run, worked to the r [...]

What Questions Must We Ask Concerning COVID Vaccinations for Children?
26 October 2021

There are several questions that should be asked before agreeing to a COVID-19 vaccination COVID-19 [...]

Beating the Mandates in Court
26 October 2021

COVID vaccines do not fit the legal precedent for mandating vaccine usage. [...]

Pete Buttigieg may be politically driven, but in his new job as Secretary of Transportation he seems [...]

Loudoun County, Virginia is emerging as the American epicenter of official school corruption and dec [...]

It's a good time to question what the role of Big Tech is in the economy -- not just as a drive [...]

Shaking Off the Leftist Philosophy
26 October 2021

Once you understand how our society is almost hardwired to embrace endlessly failing leftist solutio [...]

RSS Error: A feed could not be found at http://www.onenewsnow.com/general/rss-feeds/. A feed with an invalid mime type may fall victim to this error, or SimplePie was unable to auto-discover it.. Use force_feed() if you are certain this URL is a real feed.

Young girls in Illinois soon will be able to abort their unborn babies – or be forced to by abusers [...]

Texas officials have filed a legal brief with the Supreme Court urging it to allow the abortion ban [...]

A new attack ad targeting Florida Gov. Ron DeSantis claims it is “cruel” and “inhumane” to protect u [...]

The Ohio Senate overwhelmingly approved legislation Wednesday to stop infanticide by ensuring that b [...]

The Wisconsin legislature is expected to pass four pro-life bills Wednesday to educate and empower p [...]

Woman Raped on Train as Bystanders Stood Around and Did Nothing, Police Say
18 October 2021 - Editor

(NBC News) — A group of American missionaries kidnapped in Haiti over the weekend are being held by [...]