“They’re locking in their profit and they’re cornering the market by getting bigger, not by creating new products,” he said of Bayer and Monsanto. “They’re just choking out the rest of the competition.” 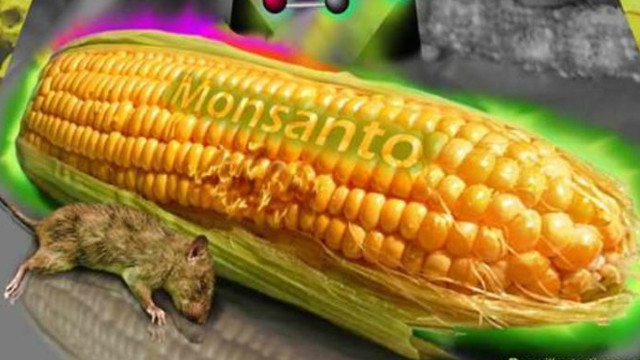 Whether you like it or not, chances are Monsanto contaminated the food you ate today with chemicals and unlabeled GMOs.

Monsanto controls much of the world’s food supply at the expense of food democracy worldwide.

This information is dedicated to empowering citizens of the world to take action against Monsanto & it’s enablers like the FDA, USDA, EPA, GMA, BIO, and the processed food companies that use Monsanto’s products.

Over the past decades, at least 7 of the highest ranking FDA were employed with Monsanto…. Will there ever be any laws or bills created by lawmakers to hold Monsanto accountable for WEAPONIZING our food source?

Genetically modified food is everywhere in America’s supermarkets and restaurants. And since it’s not labeled, most of us have no idea how much of it we’re eating or how much it’s affecting our health.

For decades now, our food has become Weaponized and the rise of chronic disease in Americans has elevated. Once upon a time, food was our medicine, today we have to become smart consumers and know who our trusted markets are to receive the nutritional value out of our products and you better believe you will pay allot more for them.

Planned Parenthood Says It Fights for Black Women, But It Killed This Black Woman in a Botched Abortion
4 March 2021 - Micaiah Bilger

An Illinois Planned Parenthood affiliate with a long record of destroying black lives is using Women [...]

The Arizona Senate gave final approval Thursday to a pro-life bill that would ban discriminatory abo [...]

In a historic moment, the South Dakota legislature unanimously passed a pro-life bill to ban discrim [...]