Revelations Of The Roman-Catholic Vatican 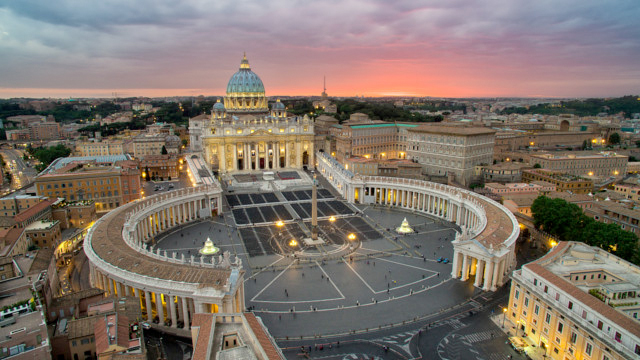 [originally published on March 8, 2018 on http://americaoutloud.com]

“It is documented that the JESUITS are a Military Religious Order of the Roman Catholic Church, they are the secret society within a society who over-throw governments. They are a black covert order who control the one world order.”

One of the trending media stories across the globe are the most egregious and unimaginable crimes and secrets of the Roman Vatican unfolding. Scandal after scandal of sex abuse, child sacrifices, human trafficking, and other.
To date, over 16,000 + reported Priest are guilty and still protected by the Catholic Church of these unholy crimes and rituals.

We are living through dangerous, yet exciting times of hidden truths revealed.

Humanity is now at the hour of this fated period mentioned in the Bible known as REVELATIONS?

Mankind is witnessing the exposure of such wickedness once hidden deep within the catacombs of secret sects and organizations coveted by the devil himself, these satanic worshipers control every aspect of the societies of people, their governments, all countries, and the world.

The Black Pope Arturo Sosa Abascal is the Most Powerful Man on Earth. He rules over the Maritime Laws (business) and the Space Laws. The Jesuit black Priest also controls all the Banking systems, Freemasonary around the World and the Secret Services too (CIA, FBI, NSA, SIS, MI6, Scotland Yard, Mossad, CSIS, DGSE, FSB).

With all due respect, let it be said there are many God Fearing Priests and Religious Ministers who are true to their faith,and brethern, yet deep within the Jesuit Society of the Fourth Vow, are those bearing false prophets.
These satanic charlatans known as black order Priests are disguised in white collars and robes, secretly and spiritually adorning their upside crosses in the name of Lucifer, as they bastardize and mock the belief system of millions of Christians around the world while pretending to be the holy representatives of the Catholic faith.

They contradict and subvert the name of the Messiah, “Jesus Christ” Lord and Savior.

This evil order has evolved through the underbelly of the Vatican, in their Silent and Powerful War of Evil vs Good.

These demonic change agents of lucifer, control the military and political masses, their purse strings are mighty with over 100 million dollars a year pouring in through the donations of Christian believers unaware they are feeding the “Beast”.